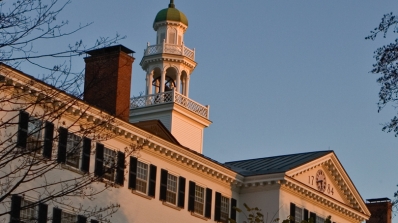 Comparative Literature is an interdisciplinary program that promotes the comparative study of literatures in different languages as well as of the relationship between literature and other spheres of human activity. It embraces both close attention to language and broader inquiry into the relationship between literature and other disciplines and practices, such as the visual and performing arts, philosophy, history, the social sciences, religion, sciences and mathematics.

The program is devoted to the comparative study of literatures across different time periods and beyond the geo-cultural boundaries of any one country or region. It also fosters critical scrutiny of both western and non-western traditions, and is responsive to the dynamics of canon formation and the shifting definitions of the non-canonical and marginal.

The program provides students with ample opportunity to study literature and culture from a wide array of critical perspectives. Among these are rhetoric and poetics, translation and reception, film theory and media studies, colonial and postcolonial studies, theories of ethnic and national identities, gender and queer theory, and psychoanalysis. Comparative Literature majors are expected to develop competence in at least one language other than their native language, and to work with original texts in more than one language.

Students devise and pursue a rigorous program of study tailored to their particular interests and intellectual strengths in close consultation with one or more faculty mentors.